In the Semester in London Program, students study and examine the great works while exploring how history influences the present in Europe's most cosmopolitan city.

The program features a full load of classes, an internship option, cultural outings, and travel. As the faculty-member-in-residence, I escorted students on trips to Stonehenge & the Cotswolds, Edinburgh, Bath, Bristol, and Paris. I also went with students on city tours, to west-end plays and to an evening of jazz at Ronnie Scott's.

I also conducted research into early British television development at Alexandra Palace, the site of a 1936 competition between a mechanical system invented by John Logie Baird and an electronic system developed by Marconi-EMI. The palace become the early home of BBC television and today houses an archive and museum.

With students on a trip to Stonehenge.

I took this photo of the students in Queen Mary's Rose Gardens in Regent's Park.

The entrance to the JMU Semester in London offices on Bedford Place in the Bloomsbury neighborhood near Russell Square.

Students arriving by bus from London Heathrow at the JMU facility on Bedford Place.

Inside the "History of the BBC" museum in Alexandra Palace in north London.

Students take time to catch up on class readings while on the Eurostar train from London to Paris. 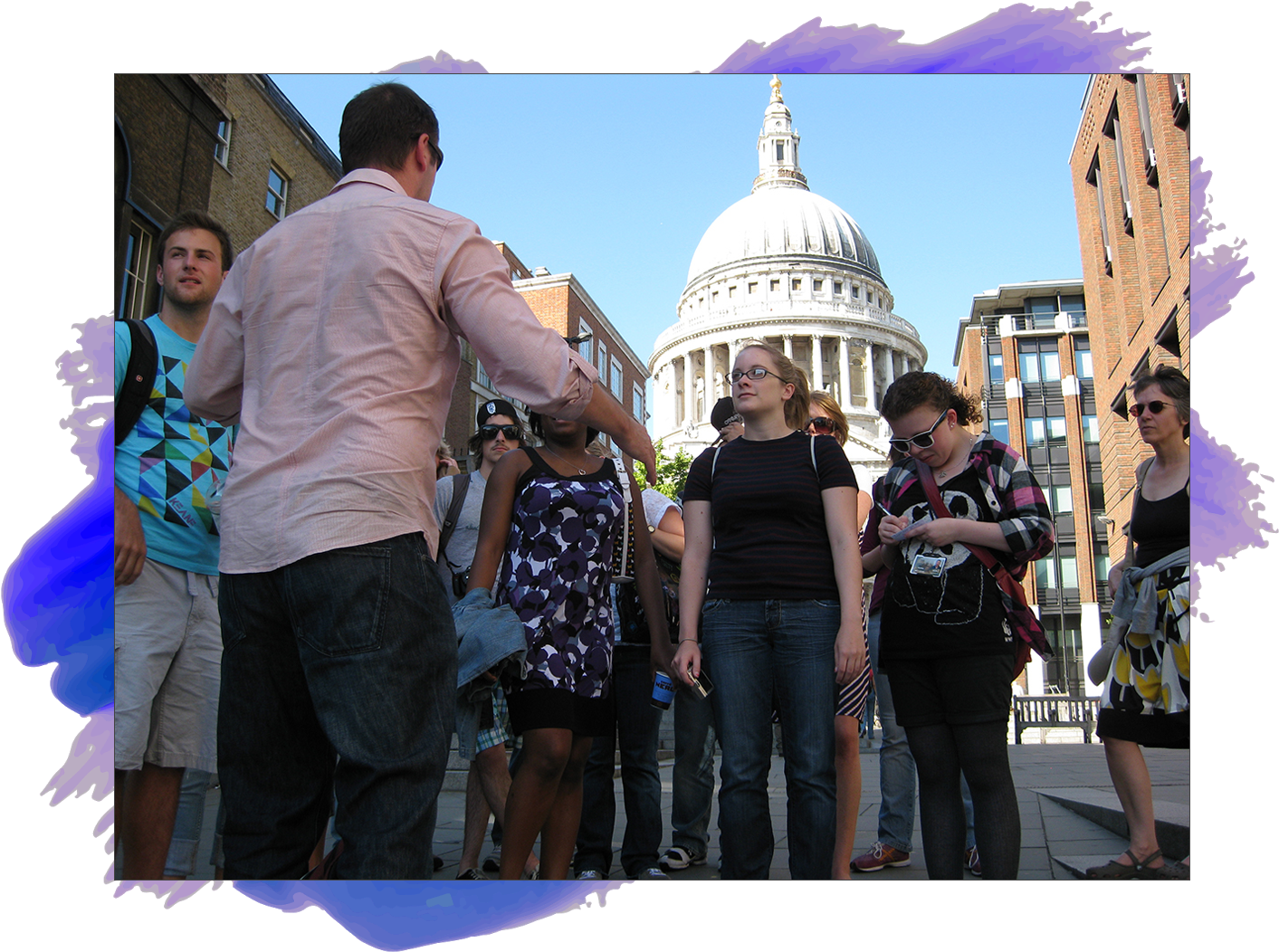